The Energize Eastside project is designed to meet the Eastside’s growing need by upgrading the transmission lines, replacing the existing poles, and building a new substation.

Based on community feedback and what we’ve learned through the environmental review process, our current design:

PSE will replace the poles in the existing corridor

This route will allow us to have fewer poles within the existing corridor. PSE is committed to keeping pole heights as low as possible. PSE will upgrade the existing four wooden poles to one or two steel poles. New poles will typically be located in the same or similar locations as the existing poles. The new poles will either be a single pole typically at 80 feet to 100 feet in height or two poles typically at 70 feet to 85 feet. In some locations, poles may need to be taller than 100 feet, such as when crossing a highway. 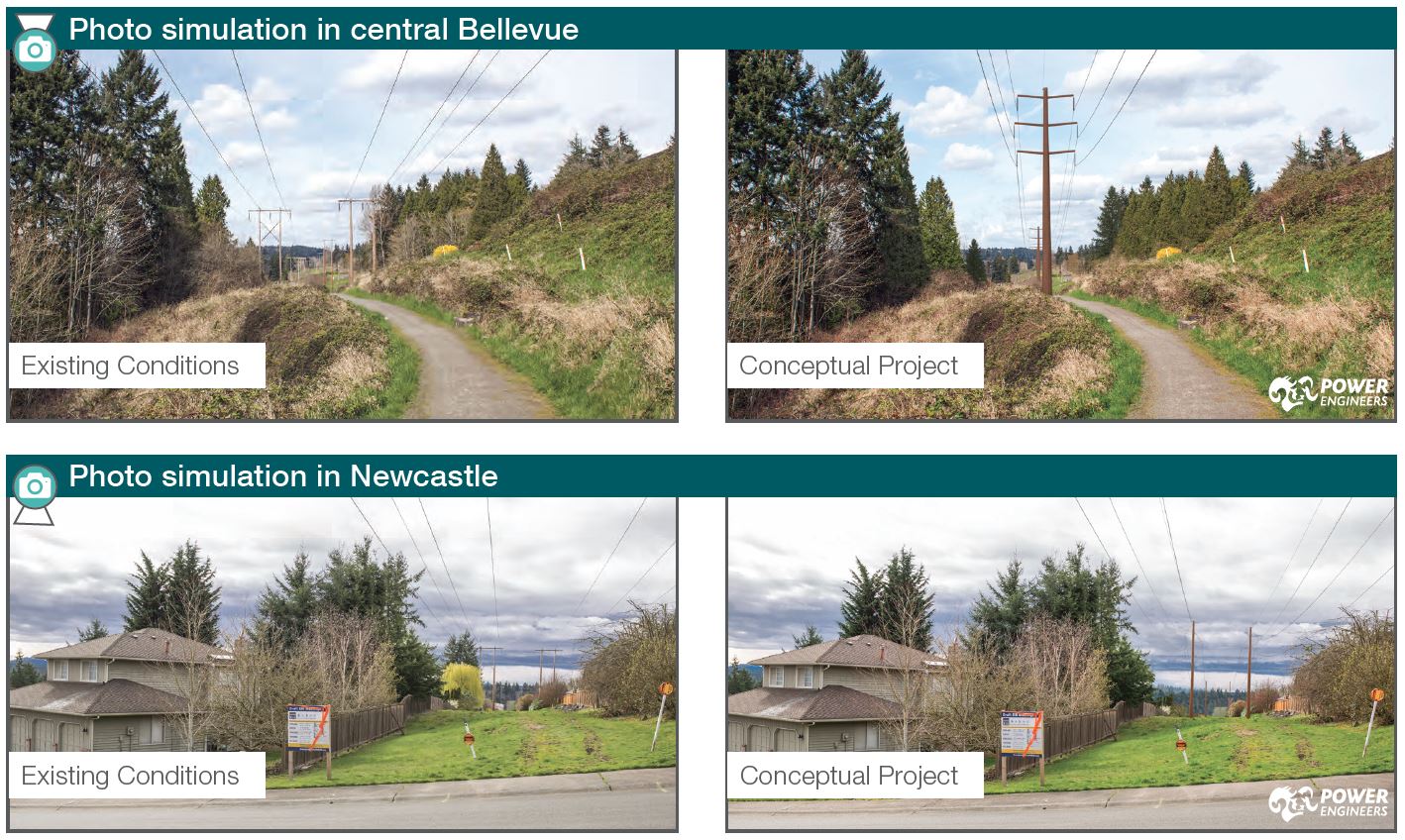 View our Photo Simulations to see conceptual photos of the upgraded transmission lines.